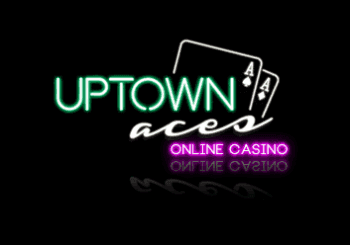 Uptown Aces Casino hosts special promotions throughout the month. The Slots Gods promotion started earlier this month, and continues through into October. While many casinos stop promotional offers at the end of the month and start new offers the next month, Uptown Aces always has a month-long promotion that begins in the middle of the month. This gives us the chance to enjoy special offers without a break.

In this promotion, there are three special offers, each including free spins. Make sure you redeem all the offers to get the maximum out of the match bonus and free spins offers. The casino picked three popular pokies for this promotion. They are Storm Lords, Ninja Star, and Asgard.

Uptown Aces gives you the chance to spin the reels with the gods and see how you fare. Spin the reels in the following bonus and free spins promotions:

It is important to note that you must play the three special offers above in consecutive order. Make sure you enter all the promotional codes in the order in which they appear, complete each section of the special offers, and move onto the next section.

Redeem all the above offers in the Cashier section of the casino. Complete the minimum deposit of $25 and enter the corresponding coupon code when you redeem the first two offers. The final offer with 200 free spins is a freebie reward from the casino for completing the first two offers. The Slots Gods promotion began on 15th September, and continues through until 15th October 2019.

Storm Lords, recently released in August, is a great new RTG pokie. The game has five reels, three rows, and 50 flexible pay lines. You can wager from $0.01 per spin up to $125 per spin. This makes the game great for regular players and for high rollers. The top 800x payout translates to a potential $100,000.

The Storm Lords are wilds that appear on the second and fourth reels only. If only part of the Storm Lord symbols appears on one of these reels, it nudges the reel and fills it. Storm Lords wilds substitute for all symbols other than the scattered amulet. Another great feature is the Treasure Coins re-spin feature. When you see six or more Treasure Coins on the reels, they trigger three re-spins. The coins stick to the reels for the re-spins as do any new Treasure Coins if they land on the reels during re-spins. Each coin has a value attached to it, and at the end of the re-spins they pay out their values. Amulet scatter symbols trigger free spins. There are two free spins features. One comes with a Storm Lord wild stuck to the reels and the other comes with Treasure Coins stuck to the fifth reel.

Ninja Star is another RTG pokie game that takes players on a journey to a time when ninja assassins were hired to kill. The game has five reels, three rows, and 25 flexible pay lines. There are excellent special features and it is possible to win up to 10,000 coins. Place your bets for as little as $0.01 up to $125 per spin. Once again, this pokie is also good for high rollers.

The ninja wild symbol takes the place of all symbols other than the Ninja Star scatter symbol. This symbol only appears on reels one, three, and five. The Ninja Star scatter symbols trigger free games when three or more of these symbols appear anywhere on the reels. In addition to this, scatters pay out wins multiplied by the total bet. You get eight free spins, which pay out winnings with a 3x multiplier. Free spins may retrigger. The Ninja Scroll feature triggers when you see three or more of the game’s logo symbols adjacent on the reels starting at the leftmost reel. The second screen bonus feature shows four scrolls. When you select a flashing scroll, the ninja appears and opens it to reveal a prize. He will also open another scroll that gives you a Pick Again, Next Level, or Feature Over message.

Asgard is a popular RTG pokie. Play this game on five reels with three rows and 243 ways to win. The game takes us into Asgard, one of the Nine Worlds of Norse mythology where we meet the gods. You will meet Thor, Odin, Loki and Freya.

Special features include Golden Wilds that substitute for all the regular symbols. The Thunderbolt feature triggers randomly during the base game, and can make between one and five reels wild. The bonus symbols trigger one of four free spins features. Free spins features open in turn after a certain number of triggering spins. Each free spins round has its own special features.